iPad mini to be released sooner than expected 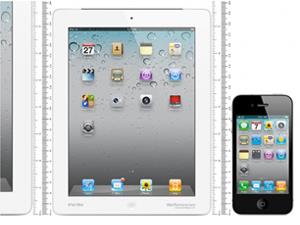 Many of you may have been disappointed not to hear anything about the iPad mini at Apple’s September 12th announcements but it looks like the Apple have been holding back on another big release this year.

The iPad Mini could be the next big release by Apple with rumours that the Mini device is now on the assembly line at Chinese manufacturer Pegatron.

The push of the product may be to get it out before Christmas to increase sales but the rumour mill suggests that the iPad mini will be out at the end of October.

And with Apple’s rivals piling up (Google Nexus 7 and Amazon Kindle Fire) it is likely that the device will have a reasonable price tag to stay competitive.

Although just another rumour considering all the rumours for the iPhone 5 were pretty accurate I wouldn’t shun this one.