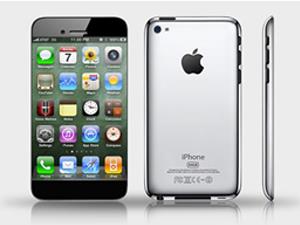 Rumours of the iPhone 5 are flying around all over the web, but this time they are concerning the release date. The highly anticipated iPhone 5 is said to be released on the 21st September according to App4phone.fr .

The French website claims that a large Chinese accessory manufacturer has been given the date directly from Apple so that the company has enough time to produce iAccessories for the up and coming release date.

This type of rumour could have easy been started from previous rumours regarding the next generation iPhone having a new docking connector.

This revealing doesn’t follow suit to the iPhone 4S which was released in October last year, and with Apples history of releases being very routine, this rumour doesn’t seem very likely to be accurate.

Another iPhone 5 rumour that hit the net this week is claims that Pegatron, a Chinese manufacturer has already began the production of the iPhone 5.

If this is true, it would mean the iPhone 5 isn’t too far away (supporting the September launch date above although the October announcement is strongly favoured among the experts).

On a positive note, with all these rumours pouring in, it’s safe to say that the iPhone 5 is just around the corner.