Commercial Agents: are you eager for the iPhone 5? 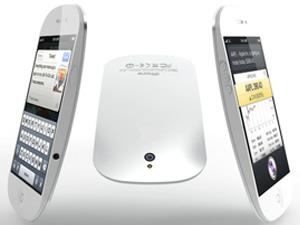 This is all based on someone noticing that Apple has filed a patent for technology relating to 3D. According to the details of the patent you could take video as you walk around a commercial property. The device’ would create a 3D model of the property by calculating the depth and surface detail.

Androids have been clocking in over 4 inches for a while, HTC’s One X has 4.7-inchs and the

Samsungs Galaxy S3 has a whopping 4.8 inches. So will the iPhone 5 follow suit and have a bigger screen?

The Wall Street Journal has recently reported that Apple has actually ordered screens from their suppliers which measure “at least 4 inches diagonally.’ Apple has been developing screens with a number of manufacturers including Sharp Corp, LG Display and Japan Display and news has filtered out of several of these that they are already producing the screens.

iPhone 5’s are amongst us

Some in the know believe that iPhone 5’s are already amongst us. Well, that is to say ‘internals only’ test models that are disguised within iPhone 4S host bodies. The basis of this rumour lies in a firmware update that Apple has recently released.

The new iPad features 4G, so its pretty much expected that the iPhone 5 would support 4G LTE networks. But beware, the data caps on your network may mean that you’ll hit your limit pretty soon while you enjoy the superb streaming capabilities of your new phone.

Yes it might sound like something from Terminator 2, but there has been talk that the iPhone 5 will be encased in a liquid metal body. This information broke in April and I did have to double check whether it was the 1st. Nevertheless in August 2010 Apple did actually purchase a company called Liquidmetal Technologies for $30million and said company has been recruiting engineers to work on ‘new material development”.

Any such alloy would be extremely strong, yet lightweight and shock resistant.

When Will We Get It?

June, September, October? Who knows. There was talk earlier in the year that the iPhone 5 was already in production, thus hinting at a summer release, June being the traditional time that Apple launches products. Then it was heard that Apple wanted to give the iPhone 4S a full 12 months before launching its replacement. It was only launched in October 2011.

Now journalists and some industry analysts are predicting that the October launch is more than likely.

Whatever the truth is about the iPhone 5 one thing can be predicted. The huge queues outside Apple stores across the globe when it finally does arrive.