iPhone 5 due for release in September... 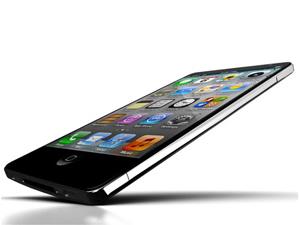 Apple’s iPhone 5 is expected to be announced at the Apple WWDC on June 11th but won’t be sold in the UK until this September.

An Apple manufacturer, Pegatron, has received orders for the new iPhone 5 with the launch date of September. It is still thought to be announced in June but annoyingly we won’t see our iPhone 5’s until a lot later in the year.

The latest rumours on iPhone 5 appearance is that it’s supposed to be slimming down by 20 percent and to have a 4 inch screen.

Although this is only a rumour it is in fact quite plausible. Mobile phones are getting bigger, the Samsung and HTC handsets are catching up with iPhone sales so increasing the screen size would seem a logical step for Apple.

The idea of the iPhone 5 being 20 percent thinner I’m sure would be favoured by iPhone fans and it will likely feature a ‘Gorilla Glass 2 screen’ as they are both stronger and thinner than the previous iPhone screen.